It’s almost February, which means it’s just a few weeks till The Story on Friday, 16th February. If you haven’t got tickets for this year’s event, get them now, as we’re almost sold out of Standard tickets!

For our final announcement before the event, we’re very pleased to introduce our final speaker, and our host for this year’s event — Juno Dawson and Anjali Ramachandran.

Juno Dawson is the multi award-winning author of six novels for young adults. In 2016, she authored the best-selling World Book Day title: SPOT THE DIFFERENCE. Her most recent novels are the beautiful and emotive MARGOT & ME and her adult debut, the memoir THE GENDER GAMES.

Juno also wrote the bestselling non-fiction guide to life for young LGBT people, THIS BOOK IS GAY. In 2016 a follow-up, MIND YOUR HEAD, featured everything a young person needs to know about mental health.

Juno is a regular contributor to Attitude Magazine, Glamour Magazine and The Guardian and has contributed to news items on BBC Women’s Hour, Front Row, ITV News, Channel 5 News, This Morning and Newsnight concerning sexuality, identity, literature and education. Juno’s titles have received rave reviews and have been translated into more than ten languages around the world.

Juno grew up in West Yorkshire, writing imaginary episodes of Doctor Who. She later turned her talent to journalism, interviewing luminaries such as Steps and Atomic Kitten before writing a weekly serial in a Brighton newspaper. In 2015, Juno announced her intention to undergo gender transition and live as a woman.

Juno writes full time and lives in Brighton. In her spare time, she STILL loves Doctor Who and is a keen follower of horror films and connoisseur of pop music. In 2014 Juno became a School Role Model for the charity STONEWALL 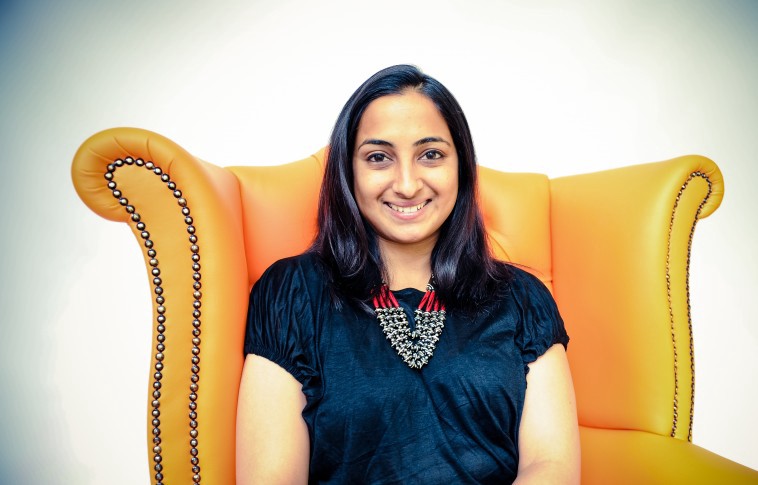 Anjali Ramachandran is the Editor, Partnerships at Storythings, where she is currently leading on two editorial series — The ID Question and Nevertheless. Previously, she was the Head of Innovation at PHD Media in London, working with clients like Sainsbury’s, Warner Bros, Experian, the British Heart Foundation and Confused.com. She used to work at digital strategy and innovation consultancy Made by Many in London prior to that, doing research, thinking and planning for clients like British Airways, Amnesty International, the World Gold Council, Britvic and vInspired. She has also worked at a film festival in New York, with Nike in product planning in India, and in social policy research and development research in India.

Anjali is the co-founder of Ada’s List, a global network of over 5000 women working in technology, created with the aim to make the technology industry more diverse and inclusive. She is on the Advisory Board for Angel Academe, a pro-women angel investing group, and is a trustee of Photoworks. Last but not least, she writes the Other Valleys newsletter about creative and technology projects in emerging markets.